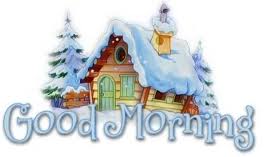 Good Morning, Class of '64!
Morning was greeted with a fine textured snow. It fell and blew sideways, this way then that,like puffs of smoke from a chimney. From the roofs and yards it blew, first toward the road then into the woods. Like Robert Frost, I can take the time to "watch the woods fill up with snow". Unlike him, I won't be out and about, but watching through a window "the darkest evening of the year". 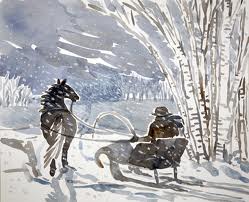 Stopping By Woods on a Snowy Evening

Whose woods these are I think I know.
His house is in the village though;
He will not see me stopping here
To watch his woods fill up with snow.

My little horse must think it queer
To stop without a farmhouse near
Between the woods and frozen lake
The darkest evening of the year.

He gives his harness bells a shake
To ask if there is some mistake.
The only other sound's the sweep
Of easy wind and downy flake. 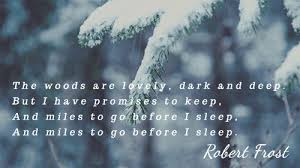 http://www.ketzle.com/frost/snowyeve.htm
http://en.wikipedia.org/wiki/Robert_Frost
***
Perks of being Old
There is absolutely nothing left to learn the hard way.
Things you buy now definitely won't wear out.
You can eat dinner at 4 P.M.
You can live without intimacy but not without your glasses.
You enjoy hearing about other peoples operations. 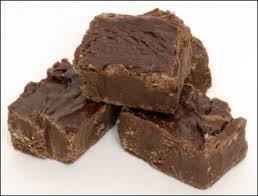 Butter 8 or 9" square pan, set aside.
In heavy 4 qt. saucepan, stir together sugar, cocoa and salt; stir in milk. Cook over medium heat, stirring constantly, until mixture comes to a full rolling boil. Boil, without stirring, until mixture reaches 234 degrees on candy thermometer or until small amount of mixture dropped into very cold water, forms a soft ball which flattens when removed from water. (Don't rest bulb of thermometer on bottom of saucepan!)
Remove from heat. Add butter and vanilla. DO NOT STIR. Cool at room temperature until lukewarm (110 degrees). Beat with wooden spoon until fudge thickens and just begins to lose some of its gloss. Quickly spread into prepared pan; cool completely and cut into squares. 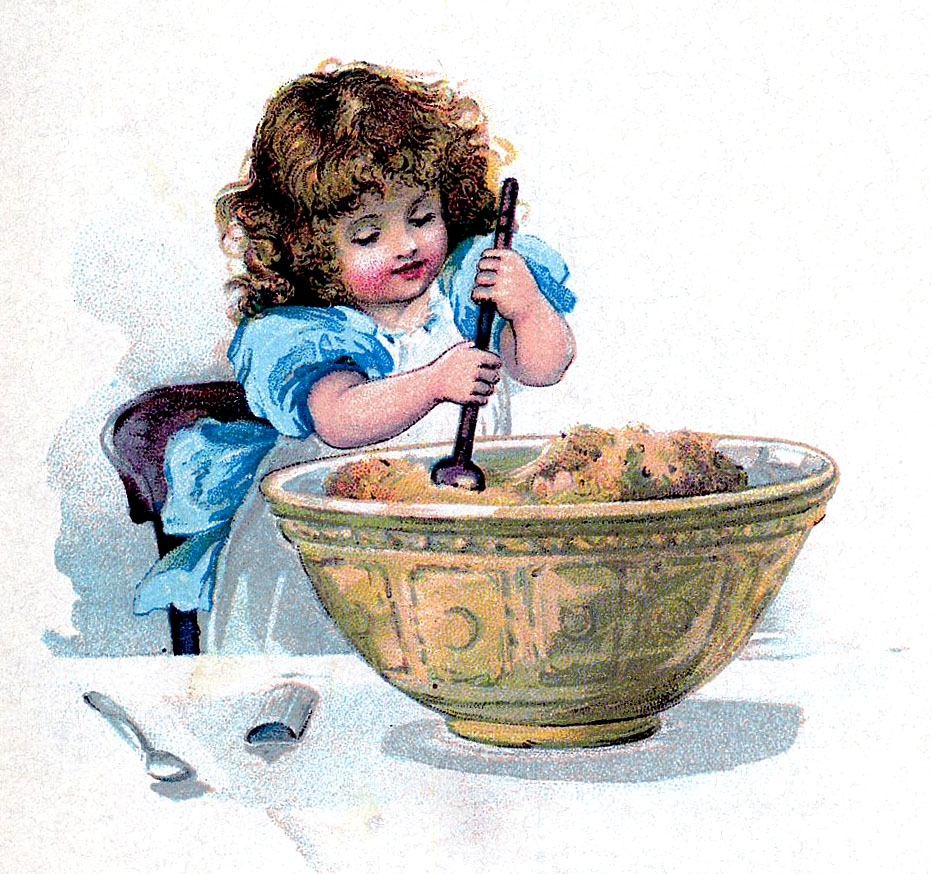 A smile happens in a flash, but its memory can last a lifetime.

Email ThisBlogThis!Share to TwitterShare to FacebookShare to Pinterest
Labels: THE FIFTIES, THE SIXTIES