—Hark at that happy shout—and song between
‘Tis pleasure’s birthday in her meadow scene.

What joy seems half so rich from pleasure won
As the loud laugh of maidens in the sun?


“Ah, that I were free again!
Free as when I rode that day,
Where the barefoot maiden raked the hay”
John Greenleaf Whittier

“The thicker the hay; the easier mowed”
Alaric the Goth

“A swarm of bees in May is worth a load of hay
but a swarm in July is not worth a fly.”
Proverb


There’re lots of old sayings about keeping a Model T Ford, older farm equipment, or some of the earlier biplanes going with bale wire. We didn’t have any bale wire on the farm (We did buy a 150 - 200 pound roll of galvanized steel wire at a salvage yard that was very useful.), but we did have baler twine.

Baler twine was used to bale hay, the square bales that were the only ones used then. It is made of sisal fibers. It is fairly loosely wound but very strong. It is designed to be used one time and then to be discarded, but it was always salvaged and used several times. It unravels quickly when knotted more than once or when handled very much, but it is still very useful.

Even before we started baling hay, we had a good supply of the twine. Each bale has two pieces of twine about 6 to 8 feet long. The twine must be kept separate from the hay so the stock won’t ingest it. Most farmers hung it on pegs or nails in the barn or on a fence. 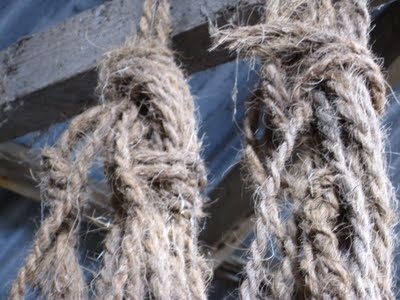 Feeding an average of one bale per cow per day, it accumulated very quickly so we had great bundles of it even before we baled hay. Everyone who used baled hay had a surplus and was glad to get rid of it. 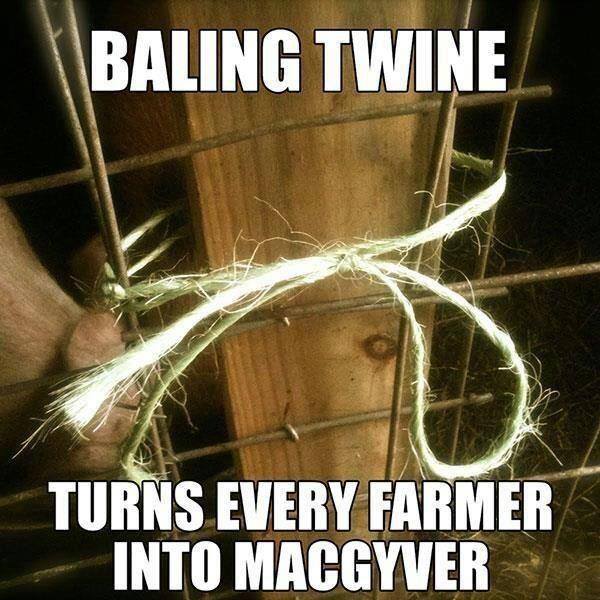 We used it for dozens of things. Every farmer had a handful stuffed in his coat pocket, on his tractor, and in his car or truck. We used it to tie gates and doors closed or open and as temporary hinges. We used it to catch and tie smaller animals. We used it to hang things in the barns. Some people bottomed ladder-back chairs with it - much easier than hickory bark or white oak splits. I used the twine to braid ropes. We even used it to tie the cows’ tails to their legs while milking to keep from being switched in the face.

Baler twine was so useful, I’m not sure how people got by before it came along. I wonder what they used - perhaps rawhide thongs or hickory bark. 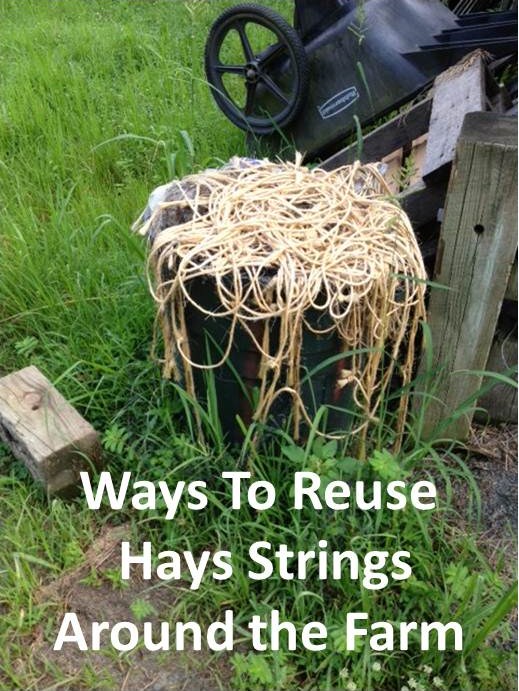 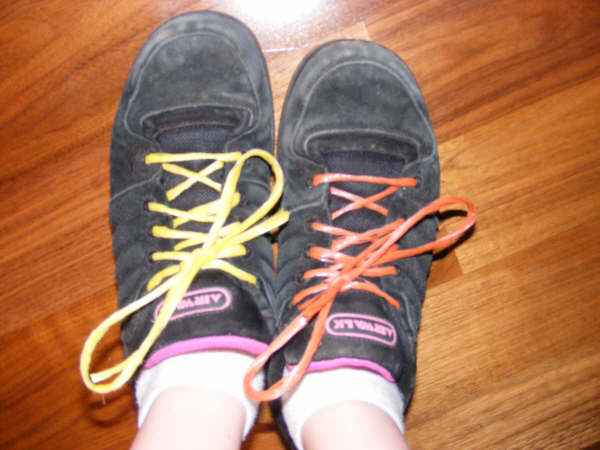 Around the Farm Uses of Hay String (Baler Twine)
http://ecoequine.wordpress.com/2013/07/21/around-the-farm-uses-of-hay-strings/

A Country Boy Can Survive
Released as a single in January 1982 and
reached a peak of number 2 on the
Billboard Hot Country Singles charts
Considered one of Williams' signature songs
even though it never reached number one.
http://en.wikipedia.org/wiki/A_Country_Boy_Can_Survive
Hank Williams, Jr. - 1982

'The last load is carried,
The meadow is mown;
Then why on the scythe-track
Still wanderest lone?

'The high-loaded wagon
Has wound round the hill;
But thou in the valley
Art lingering still.

'Dost think of the voices
So cheery, so blithe?
The bloom on the grasses?
The sweep of the scythe?

'The joy of the children
A-rock on the hay?
The wind-wafted fragrance?
The laughter, the play?'

'The high-loaded wagon
Has wound round the hill;
But I in the valley
Am lingering still,

'To think of their sorrow,
Whose day's work is done,
Who are not called homeward
At set of the sun.

'Whose life's tale is ended,
Or e'er the life close;
To think, for a moment,
How bitter for those

'Who in the bare stubble
Must still linger on;
The burdens all carried,
The comrades all gone.'
“If it thunders on All Fool's Day,
expect good crops of corn and hay.”