I ne’er was struck before that hour
With love so sudden and so sweet,
Her face it bloomed like a sweet flower
And stole my heart away complete.
My face turned pale as deadly pale,
My legs refused to walk away,
And when she looked, what could I ail?
My life and all seemed turned to clay.
And then my blood rushed to my face
And took my eyesight quite away,
The trees and bushes round the place
Seemed midnight at noonday.
I could not see a single thing,
Words from my eyes did start—
They spoke as chords do from the string,
And blood burnt round my heart.
Are flowers the winter’s choice?
Is love’s bed always snow?
She seemed to hear my silent voice,
Not love's appeals to know.
I never saw so sweet a face
As that I stood before.
My heart has left its dwelling-place
And can return no more.
“No, this trick won't work...
How on earth are you ever going to
explain in terms of chemistry and physics
so important a biological phenomenon
as first love? ”
Albert Einstein

“Falling in love is very real,
but I used to shake my head when
people talked about soul mates,
poor deluded individuals grasping at
some supernatural ideal not intended for
mortals but sounded pretty in a poetry book.
Then, we met, and everything changed,
the cynic has become the converted,
the sceptic, an ardent zealot.”
E.A. Bucchianeri
Brushstrokes of a Gadfly


Always there are firsts and lasts.
Good fortune has shone lovingly on you
if the first deserves to be the last.
Often, you are alerted by the first to
qualities you seek in the last, because
the first did not have them.
All hearts dream of and desire
a last that will become first.

“In the darkest hour of winter,
when the starlings
had all flown away,
Gretel Samuelson fell in love.
It happened the way things are never
supposed to happen in real life,
like a sledgehammer,
like a bolt from out of the blue.
One minute she was a seventeen year-old
senior  in high school waiting for a
Sicilian pizza to go;
the next one she was someone whose
whole world had exploded,
leaving her adrift in the Milky Way,
so far from earth she was walking on stars.”
Alice Hoffman
Local Girls 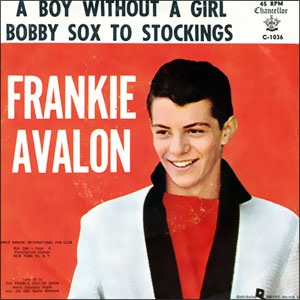 Bobby Sox to Stockings
Charted at #8
Frankie Avalon appeared on television
playing his trumpet by the time he was 11.
1980 film The Idolmaker, was a thinly-disguised
biography of Avalon as well as 1950s
teenage star Fabian Forte,
along with songwriter/producer Bob Marcucci.
Fabian sued, Frankie denied...
http://en.wikipedia.org/wiki/Frankie_Avalon
Frankie Avalon - 1959

“Something about first love defies duplication.
Before it, your heart is blank. Unwritten.
After, the walls are left inscribed and graffitied.
When it ends, no amount of scrubbing
will purge the scrawled oaths and
sketched images, but sooner or later,
you find that there’s space for someone else,
between the words and in the margins.”
Tammara Webber
Where You Are 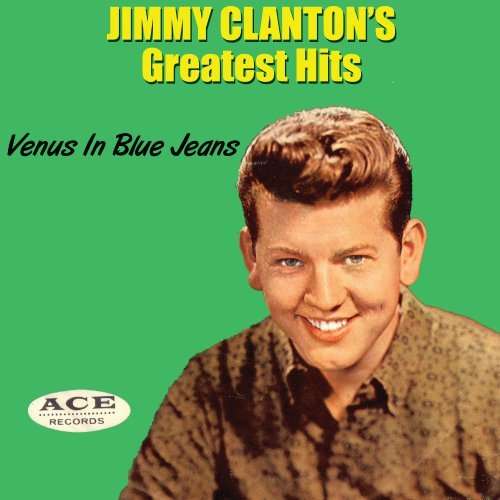 Venus in Blue Jeans
Peaked at #7 on the Billboard charts.
Jimmy Clanton's records charted in the
U.S. Top 40 seven times.
He wrote many of the songs that he recorded.
http://en.wikipedia.org/wiki/Venus_in_Blue_Jeans
Jimmy Clanton - 1962

“That first love.
And the first one who breaks your heart.
For me, they just happen to be
the same person.”
Sarah Dessen
Along for the Ride 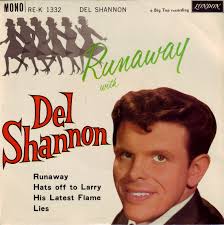 Hats off to Larry
Peaked at #5 (Billboard) and #2 on Cashbox
Del Shannon learned ukulele and guitar and
Listened to country and western music,
Hank Williams, Hank Snow, and Lefty Frizzell.
Shannon was inducted into the
Rock and Roll Hall of Fame in 1999.
http://en.wikipedia.org/wiki/Del_Shannon
Del Shannon - 1961 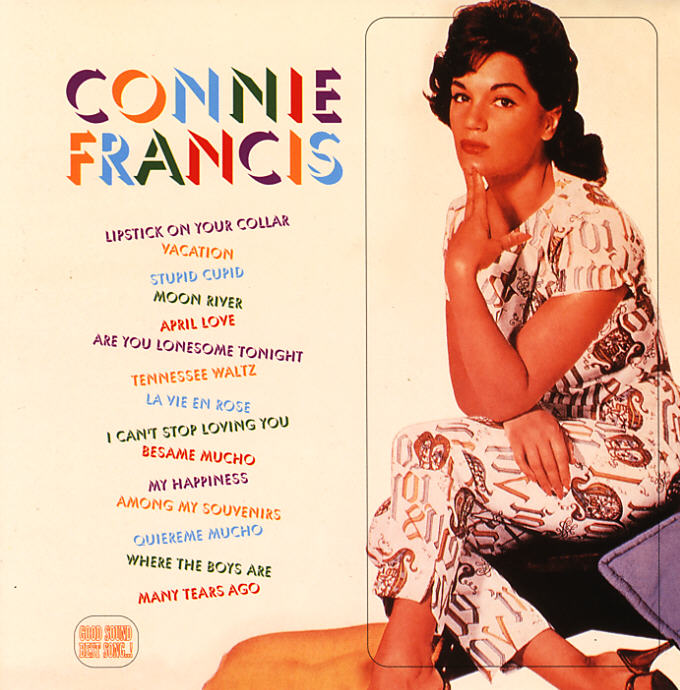 Lipstick on Your Collar
Became the first uptempo Connie Francis
single to reach the US Top Ten,
peaking at #5 on the Billboard Hot 100.
"Frankie", the flip side,
also became a Top Ten hit
with a #9 peak making the
"Lipstick on Your Collar"/ "Frankie" single
the most successful double-sided
hit of Francis' career.
http://en.wikipedia.org/wiki/Lipstick_on_Your_Collar_%28song%29
Connie Francis - 1959

“My first love.
He was my first favorite mistake.”
Lauren Blakely,
Caught Up in Us


“Did I think he was “the one?”
Iʼll never know.
At sixteen, everyone is “the one.”
K.A. Tucker
Ten Tiny Breaths

“I trust the red sun setting,
the leafless November trees.
On Monday morning I look foward
fearlessly to Friday’s eve.
But humans are not as reliable
as nature, as trees.
I wonder if you’ll come back;
I trust only that you leave.”
Ellen Wittlinger
Hard Love