She Walks in Beauty
George Gordon, Lord Byron
(1788-1824)
She walks in beauty, like the night
Of cloudless climes and starry skies;
And all that's best of dark and bright
Meet in her aspect and her eyes:
Thus mellowed to that tender light
Which heaven to gaudy day denies.

One shade the more, one ray the less,
Had half impaired the nameless grace
Which waves in every raven tress,
Or softly lightens o'er her face;
Where thoughts serenely sweet express,
How pure, how dear their dwelling-place.

And on that cheek, and o'er that brow,
So soft, so calm, yet eloquent,
The smiles that win, the tints that glow,
But tell of days in goodness spent,
A mind at peace with all below,
A heart whose love is innocent!

Loretta Young was a beautiful, elegant lady. Remember her sweeping through the door in her most graceful way and gently closing it as she swished the skirts of her fabulous gowns and dresses? Then, walking to the camera, still swishing, she gave us a lovely smile and spoke to us with her pleasant voice and friendly but serious way as she introduced the evening's program?
﻿﻿﻿﻿
What an entrance, and how wonderful she always looked! But, it's rumored that under those exquisite dresses and gowns she wore there was a body form to make the clothes look more glamorous on her. Such is Hollywood and the deception we accept as truth!﻿﻿﻿﻿﻿﻿﻿
﻿﻿﻿﻿ 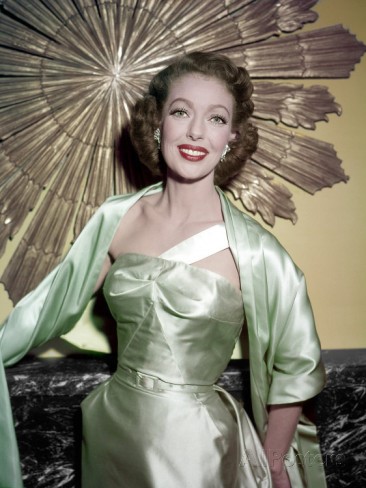 Loretta Young
http://en.wikipedia.org/wiki/Loretta_Young
She won the 1948 best actress Academy Award
for her role in the 1947 film The Farmer's Daughter,
and received an Oscar nomination for her role in
Come to the Stable, in 1949. 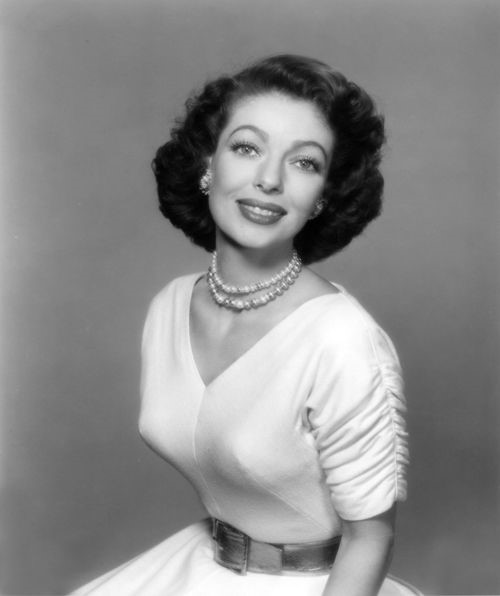 
Mona Lisa
The title and lyrics refer to the
renaissance portrait Mona Lisa
painted by Leonardo da Vinci.
The song won the Academy Award
for Best Original Song in 1950.
Spent eight weeks at number one
in the Billboard singles chart in 1950.
Cole's version of the song was inducted
into the Grammy Hall of Fame in 1992
Nat King Cole - 1950
http://en.wikipedia.org/wiki/Mona_Lisa_(Nat_King_Cole_song)
SONNET 130
William Shakespeare


My mistress' eyes are nothing like the sun;
Coral is far more red than her lips' red;
If snow be white, why then her breasts are dun;
If hairs be wires, black wires grow on her head.
I have seen roses damask'd, red and white,
But no such roses see I in her cheeks;
And in some perfumes is there more delight
Than in the breath that from my mistress reeks.
I love to hear her speak, yet well I know
That music hath a far more pleasing sound;
I grant I never saw a goddess go;
My mistress, when she walks, treads on the ground:
And yet, by heaven, I think my love as rare
As any she belied with false compare.